FREE,
NO OBLIGATION,
Discrete Consultation on your Pregnancy and Employment Rights
We help women who have experienced less favourable treatment at work because of pregnancy, to achieve redress from their employer for the way that they have been treated.

We Are Employment Law Specialists.
This means that when you come to us, you get advice from experts in Employment Law, not general practitioners who may not be up to speed with the complexities of this fast-changing area of law.
We can advise you as to your rights when you are expecting a child and how best to ensure that your employer respects these rights. If you are in the unfortunate position that your employer has treated you unfairly, we act for many clients in the exact same position as you.
WE PROVIDE GUIDANCE & SUPPORT TO EMPLOYEES
We provide guidance and support so you understand the claims process, and we act in an open and transparent manner so you keep control of your claim. We are passionate about protecting the Employment Rights of new mothers. Whether you are seeking general advice regarding your Employment Rights when you are expecting a child or if you are concerned that your rights may have been infringed, it is important to take action now. If you are considering bringing a claim, there is a general 6-month time limit for referring complaints to the Workplace Relations Commission. Even if you are simply seeking to ensure that you receive your entitlements going forward, there may be an obligation on you to notify your employer in writing. 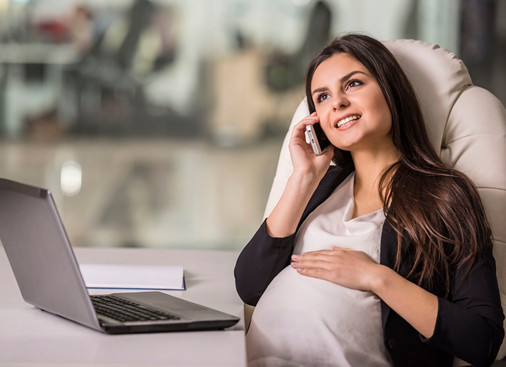 Call us today on 1890 88 90 90 for hassle free advice or click here and we will respond by email within 48 hours or Complete the Enquiry form, and Get no-obligation, FREE advice on your employment rights!
Our Claims Process…

Submit Your Query
To start the process Simply complete the form above giving us as much information as you can and we can assess the quality of your claim and advise you on the level of compensation you deserve.

We Contact You
We’ll contact you to discuss how you’d like to proceed and to give you some no obligation advice as to how to best progress your claim.

We Get To Work And Finance Your Claim
If you want us to act for you we can get to work straight away, writing to the Defendant, arranging a medical and financing the cost of all the relevant aspects of your claim.

So you had a baby…
Congratulations!
And you took your maternity leave because that’s what you’re entitled to do. But then throughout that maternity leave you were stuck dealing with a whining, crying needy little brat with no respect for your time or space. That’s right…your boss!
If you were mistreated during your pregnancy or on your maternity leave, coming up to it or upon returning from it, it’s time to stand up for yourself and for your family.
Why should you have to tolerate such underhanded or morally bankrupt conduct at such an important time in your life. You shouldn’t be worried about your job or even find yourself out of a job and financially distressed because you had a baby. The world has moved on!
WE ARE SPECIALISED IN EMPLOYMENT MATTERS
We specialize in advising women who want to take action against an employer who has treated them unfairly. We can advise you on your rights in relation to gender (pregnancy) discrimination in the workplace, harassment and in particular in gender dismissal cases.
We understand what you’ve been through. How this may have impacted on your self-esteem, confidence and sense of self-worth. This often leads to physical symptoms too. We meet many women each year in exactly these circumstances. They repeatedly tell us how this has left them damaged, frustration and infuriated. We want you to be aware of and understand your employment law rights on pregnancy. If you want that as well, call us today at 1890 88 90 90.
Our State recognises the crucial role played by mothers of newly born children in our society. That’s a fundamental and the most basic tenet of any civilised society and that is why it is reflected in our law. This is a wonderful thing. Unless employers decide to ignore these rights.

“What we keep hearing in this country is a lot of guff about ‘women’s rights’. We hear calls for more women in the Boardroom, more women in Politics, breaking the glass ceiling, yet what could be a truer or simpler value than to make sure that women who want to work, who have children or are expecting a child have gainful employment and are not treated unfairly just because of childbirth?”
Christine McDermott, 32, Mother Of Two
Here’s How This Works In Practice…
When our Client Christine learned she was pregnant, it should have been cause for celebration. Instead, she found herself unemployed. The story goes like this:
In mid-2014, Christine, was working as a care assistant in Waterford with a well-known Irish employment agency. During her time with the Agency she was always well thought of and extremely busy – Christine could work upwards of 45 hours a week and there was never a shortage of work to go around. Two months later, Christine, discovered the happy news that she was expecting her first she child. Overjoyed with the good news, she told her employer. Then things changed dramatically.
But, her employer didn’t apparently quite see Christine’s good fortune in the same way. Two days after sharing the news, she stopped getting hours at work. Because of her pregnancy she eventually lost her job. All of a sudden, wouldn’t you know it, Christine was surplus to requirements. Her hours were significantly reduced and ended up drying up altogether. Nothing else had changed, her co-workers were still rushed off their feet and staff who had been recruited after her continued to work full-time hours. All that had changed was that Christine was expecting a baby. Christine eventually resigned in frustration and hurt and came to us for help. 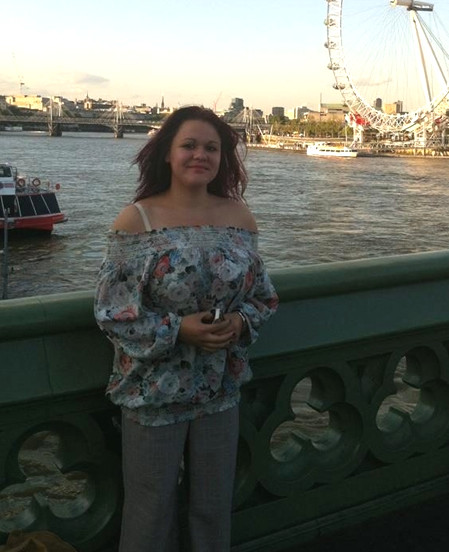 “The most upsetting thing is that I was good at my job, I loved my work and they took that away from me, for what?”
What Could Be More Vile And Disgusting?
In a job where she had been performing not just well, but in fact great. In which her clients loved her and she always exceeded the expectations of her employer. Suddenly she could do nothing right. They began focusing on every negative little thing, subjecting her to undue and unfair scrutiny and saying things about her work which were downright lies.
We lodged a claim on Christine’s behalf with the Workplace Relations Commission. We drafted written submissions for her and attended her hearing with her in Carlow. There we directly challenged Christine’s employer on her behalf. We put it up to them that what they had done was not just illegal but unfair and revolting. Our detailed written submissions outlined how the manner in which she was treated affected her and what should be done about it.
FORMER EMPLOYER FOUGHT THEIR CORNER
Her former employer fought their corner. They argued that none of this was because of Christine’s pregnancy and that this was all coincidental. It was all a big mistake! The work according to them had simply dried up! They said that the changes resulted from a realisation internally that Christine was not sufficiently qualified to do certain tasks.
In fact, Christine did have the qualifications she needed, but even if she didn’t, this had never been a concern prior to her pregnancy and didn’t appear to be a problem for her former work colleagues. Maybe Christine had overnight become really bad at her job?
WE SAID THAT THIS WAS COMPLETE NONSENSE AND THE ADJUDICATOR AGREED WITH US.
We subjected her employer to cross-examination, highlighting for the Adjudicator the inconsistencies in their position. Their Lies. Clearly demonstrating for the WRC how Christine had been discriminated against in the most callous and vindictive sort of way. Christine was not a bad worker, she was really good at her job, the work hadn’t just dried up, her employer had discriminated against her because of her pregnancy. Christine had the opportunity to have her say and while as nerve wracking as that may have been for her, she wanted to and deserved to be heard. 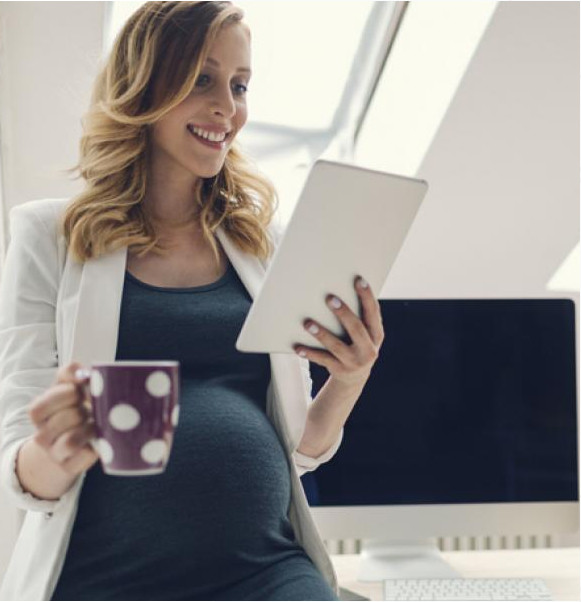 “I am so so grateful to the guys at Employment Matters, I certainly couldn’t have done this on my own. Don’t let your employer get away with discriminatory treatment, you too can get redress.”
The Adjudicator awarded Christine €17,500. Money she used to set up a new business and start a new life, vindicated and able to put this whole experience behind her…Every cloud has a silver lining! Christine now runs “Boobalicious” a lingerie and women’s underwear store in Waterford city!
“You know, it wasn’t about the money. When I was let go by my former employer simply because of my pregnancy I was just so devastated that someone could act like that and just wanted them to realise they can’t treat people in this way.”
What We Can Do For You:
We can ensure that your rights are protected at this special time in your life, allowing you to focus on your child, your health, and your family and in time, on getting back to work.
Shocking as it may seem in the 21st Century, but there are far too many instances when a new Mum returns to work after having a child only to find her job is no longer available. It could be the employer expects them to resume working in a different, less favourable role, or it could be the employer has gone so far as to dismiss her outright just simply because her absence was inconvenient (for having a child!).
WE’RE HERE TO HELP.
What To Do Next:
You must move quickly as there is a six-month time limit on taking a claim, and no one wants to see an unlawful employer get away with one.
Call us now on 1890 88 90 90 for a free no-obligation consultation or to arrange an appointment with us to review your case. Don’t put up with this type of treatment. Make sure your employer knows you won’t tolerate it. We’ll hold the megaphone, you make your voice heard.
Whether you are seeking general advice regarding discrimination at work when you are expecting a child or if you are concerned that your rights may have been infringed, it is important to take action quickly.
Watch Employment Matters Video
IMPORTANT
Remember if you are considering bringing a claim, there is a strict 6-month time limit for referring complaints to the Workplace Relations Commission. Even if you are simply seeking to ensure that you receive your entitlements going forward, there may be an obligation on you to notify your employer in writing.
Call us today on 1890 88 90 90 for hassle free advice or fillup the form bellow and we will respond by email within 48 hours.